The electrification of the Corolla hybrid and Prius AWD-e. 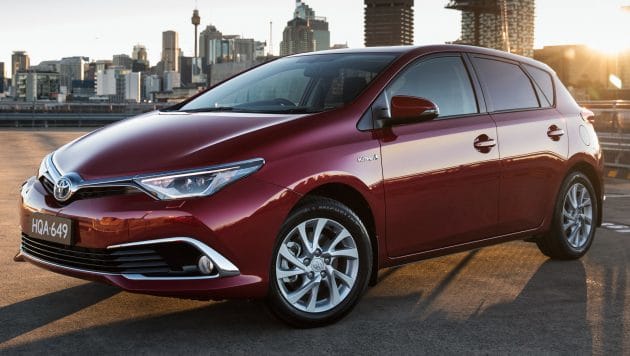 Toyota upped its stake in the electrification market with the introduction of the first Corolla Hybrid and Prius AWD-e.

The Toyota Corolla Hybrid is built on Toyota's New Global Architecture (TNGA) making it a natural fit to be able adopt the Hybrid Synergy Drive from the new-generation Prius.

The Corolla's hybrid system consists of a 1.8-litre four-cylinder gasoline engine linked to two motors through an electronically controlled, continuously variable transmission (CVT) that is capable of pushing out 121 horses while only sipping fuel at a combined rate of less than 5.0L/100km.

A new technology called Hyper-Prime Nickel has been used in the battery pack that manages to boost battery performance while being smaller in size and weight.

The smaller battery enables it to be mounted under the trunk space without reducing cargo space while allowing for a 60/40 split folding rear seat. The lower placement of the battery also reduces the centre of gravity increasing the overall handling characteristics of the car.