Hydrogen is gaining ground in Quebec 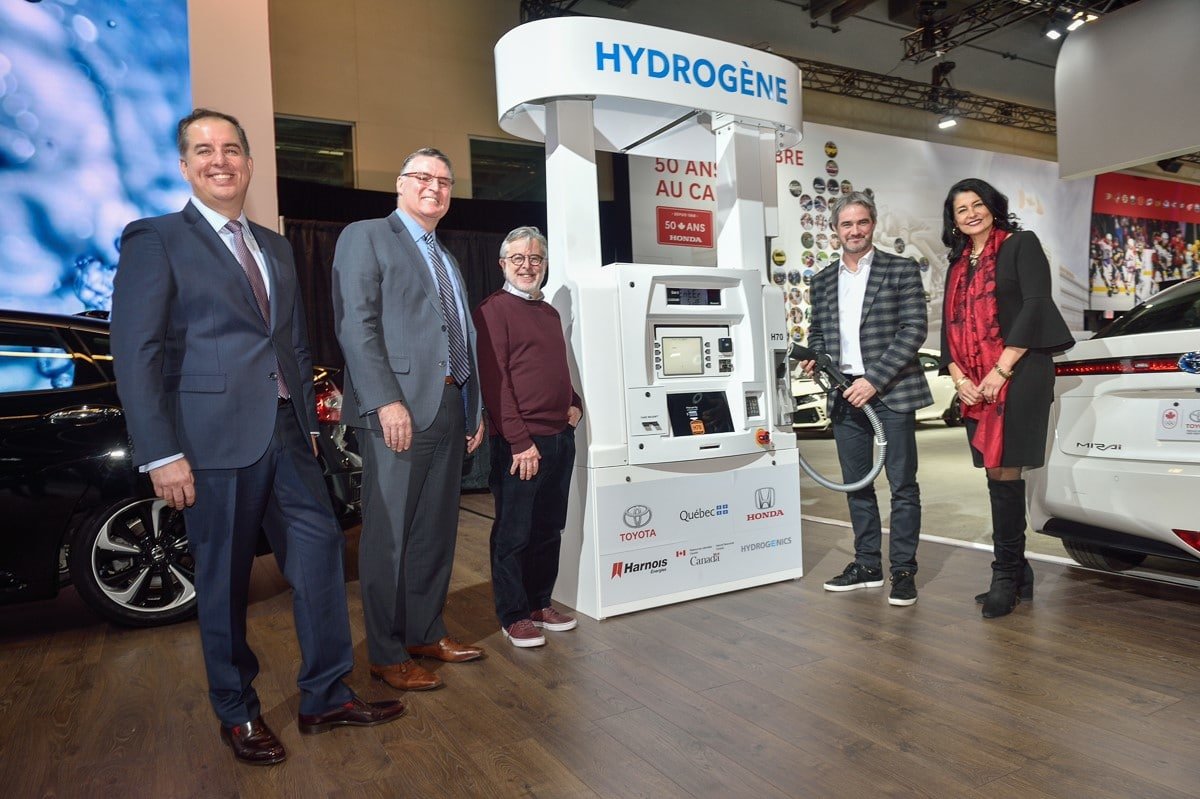 Hydrogen is gaining ground in Quebec: Automakers present an update on the development of Quebec's refuelling infrastructure for hydrogen electric vehicles

Montreal, Quebec, January 22, 2019 - The deployment of hydrogen is gaining ground in Quebec.

Construction of the first multi-fuel station in Quebec is progressing well. In partnership with Harnois Énergies and Hydrogenics, this station located in Quebec City will be built with the financial support of the Government of Quebec, through Transition énergétique Québec (TEQ), as well as Natural Resources Canada and Toyota.

"For us, what is particularly interesting is the fact that this service station will use, at the site itself, an electrolyser that will transform hydroelectricity into clean and renewable hydrogen for these vehicles," said Martin Gilbert, Director Manager, Corporate Strategy and Innovation at Toyota Canada Inc. As a world leader in hydroelectric power generation, and with these new technologies in place, Québec has everything it needs to become a key player in hydrogen production. »

Honda Canada has also recently joined the hydrogen movement in Quebec. The manufacturer will provide financial support for the Montreal station, allowing it to offer this cutting-edge technology to more Quebecers, while facilitating the movement of hydrogen-powered vehicles between Montreal and Quebec City.

Last year, at the Montreal International Auto Show, Toyota made a commitment to deliver 50 hydrogen electric vehicles to its first Canadian customer, the Government of Quebec.

"We were inspired by the leadership of Quebec consumers in the rapid adoption of new clean and innovative technologies such as hybrid electric vehicles and plug-in hybrids," added Mr. Gilbert. For us, it is obvious that Quebeckers really care about the environment and climate change. And above all, that they are ready to take concrete action to make a difference. »

Toyota Canada has been very active in promoting, investing and creating partnerships to prepare the Quebec market for hydrogen fuel cell electric vehicles. The company has worked closely with the Government of Quebec and other partners to set up the charging infrastructure, training and service support needed for the arrival of these hydrogen electric cars.

Toyota has invested in training first responders on how these hydrogen vehicles work and best practices for handling them safely. The company also trained technicians from local dealerships and improved the service offer at the Brossard regional office to provide complete support for hydrogen electric vehicles in Quebec.

"Today, with the right partners, the right investments, the right vehicles, the right charging infrastructure and the right training, we can say that the hydrogen movement in Quebec is clearly underway," said Mr. Gilbert. Quebec motorists have access to another viable choice of clean vehicle. We can now say that hydrogen vehicles have arrived! »

The Toyota Mirai has a range of 500 km, recharges in five minutes and has proven its worth in a cold climate. In addition, it does not emit any carbon emissions.