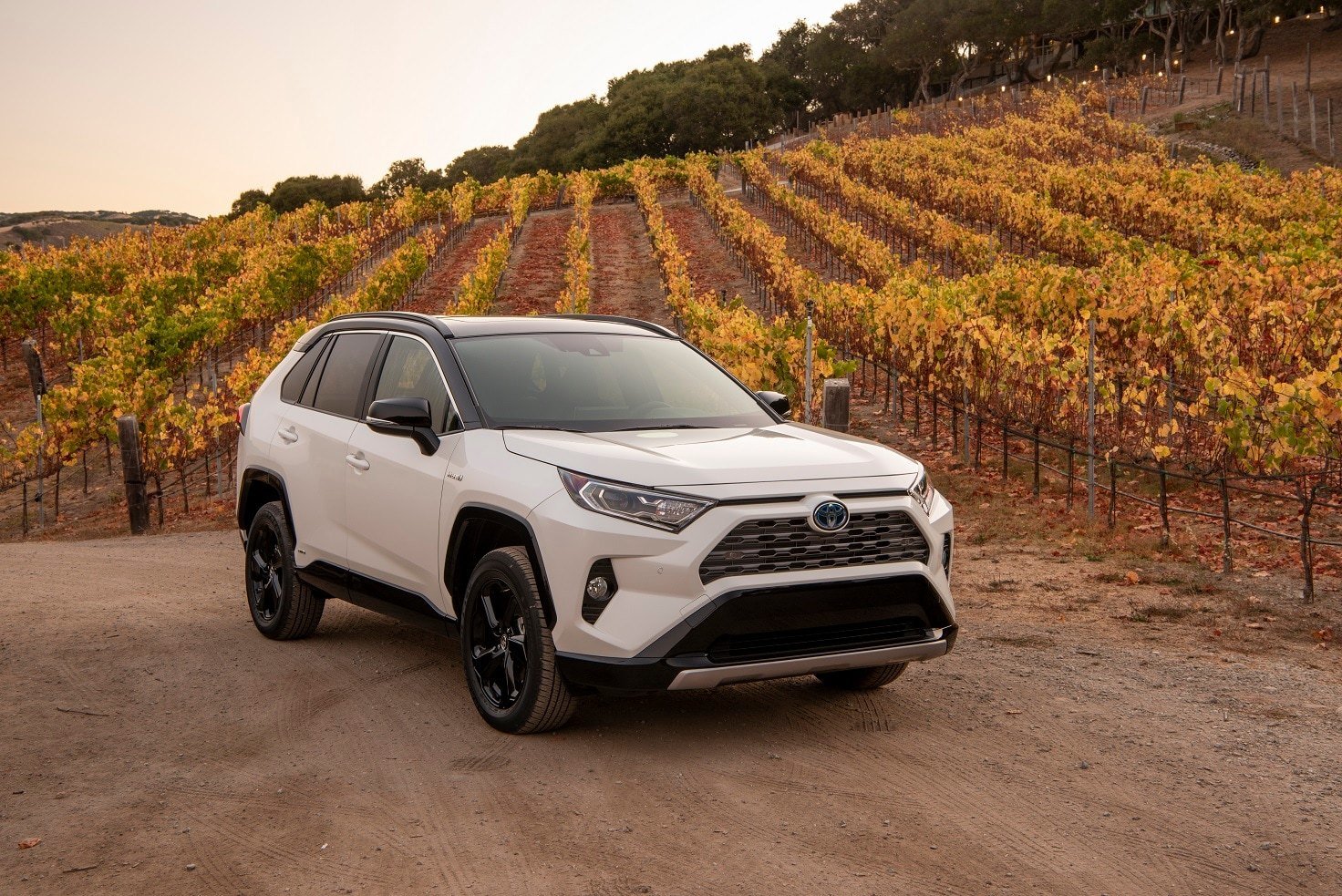 Electrify your life with the all-new 2019 Toyota RAV4 Hybrid Hybrid, the advanced compact SUV offered at an attractive price

January 22, 2019 - The very first Toyota RAV4 was revolutionary when it was launched. The 2019 Toyota RAV4 hybrid has once again changed the game. That's because this all-new compact hybrid SUV proves, without a doubt, that Toyota's gasoline-electric hybrid technology offers a superior powertrain at a remarkably reasonable price.

"With the launch of this all-new sporty and advanced RAV4 hybrid, it is easier than ever for Canadians to choose the future of the automotive industry," said Cyril Dimitris, Vice-President of Toyota Canada Inc. "By offering a range of 2019 Toyota RAV4 hybrids at competitive and affordable prices, we have overcome any reservations Canadian motorists may have about the extra cost of hybrid technology. »

The Toyota RAV4 Hybrid 2019 shares many features with the Toyota RAV4 2019. Both are based on Toyota's new Global Architecture (TNGA), a smart design and manufacturing integration that produces a superior platform and powertrain. Regardless of the engine, all 2019 RAV4 models benefit from many improvements over the previous generation. These include fresh and bold styling, improved power, handling and stability, richer standard equipment, including the industry-leading Toyota Safety System, and a long list of standard and optional technologies.

However, the RAV4 hybrid does even better... much better. Built around the Toyota Hybrid System II, the latest version of the world's most proven and popular gasoline-electric hybrid technology, RAV4 Hybrid is powered by a 2.5L 4-cylinder dynamic force Atkinson cycle engine coupled with high torque electric motors/generators and a smooth and efficient continuously variable transmission. The result is a system with a net power of 219 horsepower. Even better, Toyota's latest all-wheel drive (AWD) system increases rear wheel torque by 30 per cent over the previous generation's AWD-i system, contributing to an unparalleled driving experience.

Drivers can drive longer with the hybrid RAV4's powertrain, which significantly reduces the frequency of pump stops. Unparalleled in its class for fuel efficiency, the 2019 RAV4 Hybrid has a remarkable combined city/highway fuel consumption of only 6.0 L/100 km (5.8 L in city; 6.3 L on highway). This is a significant improvement over the already impressive combined fuel consumption rating of 7.3 L/100 km of the previous RAV4 hybrid.

And the RAV4 hybrid achieves all these feats with a basic MSRP of only $1,400 more than the RAV4 model with conventional engines. Toyota has considerably reduced the price gap. For example, the RAV4 LE 2018 hybrid was $4,775 more expensive than the 2018 equivalent gasoline model. For most motorists, it is expected that the fuel savings alone will offset this supplement for the RAV4 hybrid in about 2.2 years, while the operating cost will be lower if we consider the entire useful life of the vehicle.

The RAV4 hybrid version range is available at competitive prices compared to the corresponding conventional petrol models. It is available in the following versions:


The Toyota RAV4 Hybrid Limited 2019 (base MSRP of $42,090) completes the line-up with luxurious, technology-rich equipment. Based on the XSE with Technology Package, this model features a conventional calibration suspension with fog lamps. Its exclusive exterior styling features include 18-inch alloy wheels, an exclusive grille, chrome exterior door handles, and chrome exterior mirrors with floor lighting lamps. The power liftgate has a hands-free function for easy operation. Inside, the cabin features heated and ventilated front and heated rear seats, all covered in SofTex leather, and the 8-way power-adjustable driver's seat includes a memory system that is controlled by the outside mirrors.

The all-new 2019 Toyota RAV4 hybrid will be available this spring at Toyota dealerships across Canada. For complete and up-to-date details and specifications of the entire RAV4 and RAV4 hybrid range, visit www.toyota.ca/rav4.