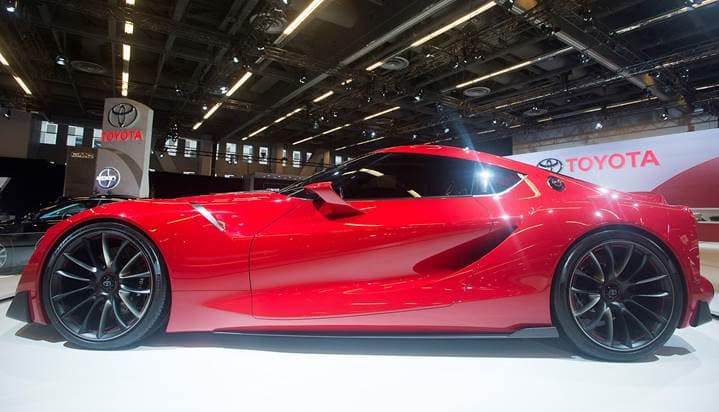 As visitors to the Toyota booth at this year's Montreal International Auto Show will discover, the Toyota FT-1 - which is making its debut on Canadian soil - embodies the essence of where Toyota is headed. The company is focused on introducing new cars and trucks that excite the senses and connect on a powerful, emotional level with consumers.

"At Toyota, our vehicles are about quality, durability as well as great design and handling - all bringing customers more fun and delight," said Seiji Ichii, President and CEO, Toyota Canada Inc.

The FT-1 has a stunning front engine rear-wheel drive configuration that creates classic sports car proportions to be expected from a vehicle poised to dominate even the most challenging road course. And the interior ignites heart-racing adrenaline for the driver, with the chance to grip an F1-inspired steering-wheel while sitting within an intimate, low-slung cockpit designed to heighten the senses.

Building on Toyota's rich sports coupe heritage including Celica, Supra and 2000GT, the FT-1 has a "function-sculpted" design language that yields curved, muscular, expressive body forms. The entire vehicle looks as though it was strikingly shaped by the wind.

The FT-1 joins other exciting Toyota vehicles at the show, including the TS030 racing hybrid - the predecessor of the TS040 that enabled Toyota to become the first Japanese manufacturer to win the prestigious FIA World Endurance Championship in 2014.

Visit the Toyota booth located on Level 2 at the Palais des congrès. The show runs January 16-25.